A blog site about Dutch writers 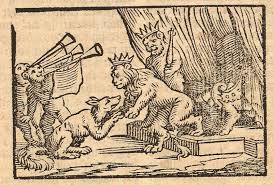 This blog focuses on Dutch writers whose books have been translated into English. It is striking how a small country like the Netherlands has produced great and well-known writers.

While English-language writers have almost the entire world as their sales market, the market for Dutch writers is much smaller, but certainly not too small. The language in Flanders, a part of Belgium, is very similar to Dutch. But the Dutch language is also known in former colonies such as Suriname and the Caribbean islands.

But nowadays many Dutch writers are known worldwide because their books have been translated into English.
For a long time, it was assumed that the oldest Dutch text was the 11th-century ‘hebban olla vogala nestas bigunnan‘. However, Psalms are now known to date back to the 10th century. Some researchers go back even further and place this beginning with the 8th-century Utrecht baptismal vow, although it is not clear whether this is Old Dutch. The oldest Dutch text, dated 776-800, is the Utrecht baptismal vow that begins with Forsachistu dibolae (Do you renounce the devil?)
The first author known by name is Hendrik van Veldeke. (Source: wikipedia)

The book Van den vos Reynaerde (of Reynaert the fox) is a well-known Dutch work from the 13th century. It is a satirical animal story consisting of 3469 lines of verse. The author is ‘Willem die Madocke maecte’. Reinaert, a clever fox, fools people with his wiles. The poem is also the first known work to have had an impact abroad. Geoffrey Chaucer, Shakespeare and Goethe took inspiration from it. The expression ‘a clever fox’ is still used today and can be traced back to this funny book.

An excerpt of the book in which the fox is fooling the king in a trial. He notices that everyone in the royal room is egoïstic and takes advantage of that. He convinces the king to go away on a mental journey for his rest. In reality, it is a place of death.

There is not any living thing
In that desolate wilderness.
Sometimes half a year will passIt’s gospel truth I speak
That not a soul comes to the creek,
Neither a man nor his wife,
Not a creature that has life,
Except the owl and the thrush
That nestle there among the brush (…)
There lies your treasure, your majesty.