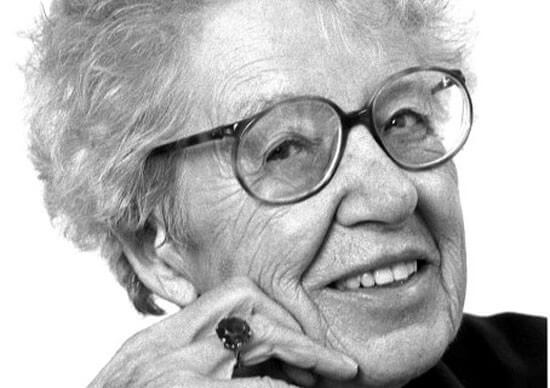 Almost every person in The Netherlands grew up with the books written by Annie M.G. Schmidt. Or with her songs, poems, plays, and television programs.

Especially the books about the children Jip and Janneke are part of the national heritage. There is even a pronunciation named after them: ‘Jip en Janneke language’. In other words: simple writing, without difficult words.

Annie M.G. Schmidt was born in 1911 and published her first poem at the age of 14. After the Second World War she came to work for the newspaper Het Parool. There she met Fiep Westendorp, who would make the drawings for the comic strip Jip en Janneke. From 1952 to 1957, a story with a drawing appeared in the newspaper every day.

Although the verses seem a bit dated nowadays, they were quite brutal in the 60s. The author also turned out to be quite quirky. She invented figures who in a friendly way rebelled against rules, taboos, and norms. “Never do what your mother says, Then it will turn out ok.” Parents were disgraceful about it, children loved it.

The work of Annie M.G. Schmidt has been partly translated into English and also appeared in America. There Jip and Janneke are called Mick and Mandy. In 1961 the book Take Care Mick and Mandy is published. Later followed by several books by the duo, but also other titles.
She died on May 21, 1995. She is found in bed with a box of pills and a wine bottle.

Quirky until the last minute.

Excerpt of Mick and Mandy

“Mick was walking in the garden and he was so bored. But look, what did he see there? A little
hole in the hedge. What could be on the other side of the hedge, Mick thought. A palace?
A fence? A knight?
He sat down on the floor and looked through the hole. And what did he see?
A little nose. And a little mouth. And two blue eyes. There was a
girl. She was the same size as Mick. “What’s your name?” asked Mick. “Mandy,” said
the girl. “I live here.”
“You didn’t live here yesterday,” said Mick.
“Today I am,” said Mandy. “Will you come and play with me?” |
“I’ll crawl through the hole,” Mick said.