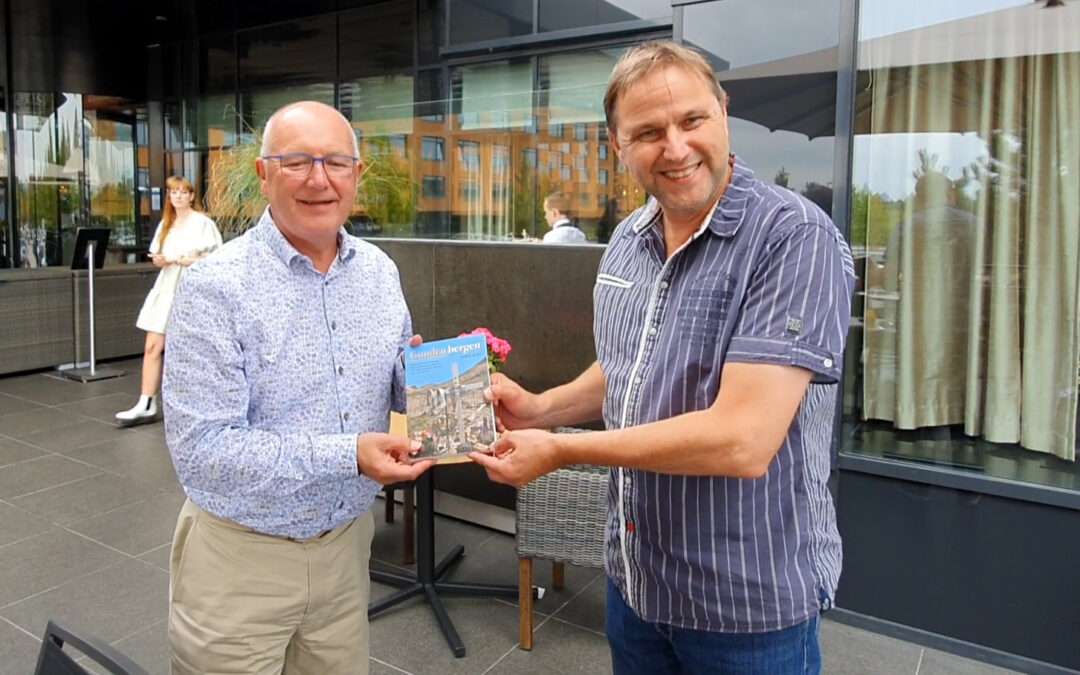 Pete Hoekstra, the former American ambassador to the Netherlands, held in August 2020 a bicycle tour through the Netherlands. He also visited Almere, the hometown of Marcel Beijer. Especially to pick up the Dutch version of the book Golden Mountains.

Ambassador Hoekstra, together with his colleague Ken Ward, wanted to strengthen ties with the Dutch people with a #echtevrienden (#realfriends) bicycle tour. Hoekstra chose Almere as a staging point. Just because he wanted to acquire the novel written by Marcel Beijer. The book appeals to the ambassador very much, because in Golden Moutains a relationship is established between America and the Netherlands.

Translation
“Because it is written in Dutch, it will probably take me a few months to read it, but I will definitely try to do that.” said Hoekstra. “But I also hope for a translation one day.”
At the end of 2020, Pete Hoekstra retired as ambassador. He will be relieved there is a translation of the novel now.

Get your copy here